DayZ Xbox One X – Return to the Mayhem

Alright, DayZ on the Xbox One X as beta (game preview).   I’ll keep this very short.

After for some weeks and a few updates later i see a pattern  going on.

A pattern that has been going on for 5 years on PC version of Dayz.

The usual player progression save wipes occur after every version update which of course suck big time. Nothing more annoying than starting over by force.

The console version (unlike steam standalone) has the character saved per console (where DayZ is installed on the hard drive), not per account. This mean if you sign into another account in Xbox One, then that account would play DayZ’s saved player from the original account that initially started that player.
So if one wished to start another character, they would have to use another Xbox One console with a separately installed DayZ.

Most of the beta preview servers are set for night time (pitch black), heavy rain and fog to the extreme (which barely ever changes), making the game very difficult to play.
Btw. No private servers for the Xbox One yet.

There are the classic bugs and new ones from zeds going through doors, weapon misalignment, item that don’t work as they should and now more than ever since the last update, crashes.

Yes crashes. That horrible screen freeze with the static hardware error noise that absolutely can’t be healthy for a Xbox One.
I would believe that crashes would be top priority especially after an update that made it worse.

All that aside there still is one thing that really worries me.

Will they treat the Xbox One (or any console)  version like they did/do the PC?

The PC version has been in beta for 5 years.
Meaning incomplete with everlasting updates.

Will the console version be subject to a everlasting beta state to piss us off every now and then?

Be sure to submit any bugs and feedback at feedback.bistudio.com

The main reason why i bought a Xbox One X was to have the best version of Red Dead Redemption available and now that investment has delivered farther than i expected.

Never thought it would happen but now Xbox One X owners can have their Xbox 360 Red Dead Redemption game running in glorious 4K resolution including improved frame rate and updated graphic maps.

The Good and Bad: This update is for the Xbox One X only, not Xbox One or Xbox One S. 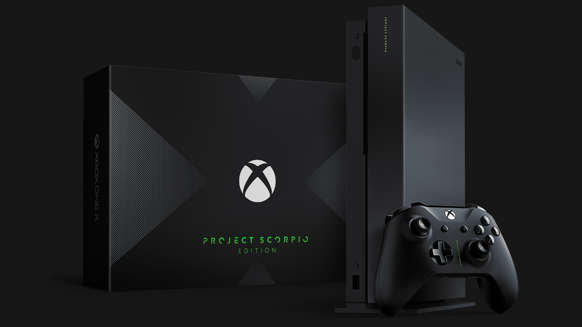 Can a gamer today really build a PC with 500 bucks?
Maybe, but among the best graphic cards will set you back at least 400 bucks.

What about 4K gaming on a 500 clams budget?  Not happening.
Building a rig that can actually do 4K gaming without some issues is a challenge which of course would push your budget way past $500.

Many may disagree but i believe the Xbox One X worth the price.
One thing is for sure, it’s a beast of a gaming machine with true 4K ability.

That is  one impressive set of specs.

Pre-orders become available every now and then so keep checking around especially on Microsoft’s product site which occurs more aften then anywhere else:

10 Games we wish was available on Steam

10. Street Fighter III: 3rd Strike – Why would anyone not want to see this great 2D fighter in their Steam list?  I’d trade Street Fighter V for this 2D masterpiece any day.

9. SoulCalibur – SoulBlade was great on the PSX but SoulCalibur on the Dreamcast is the one to have. How can this fail on Steam? Great action 3D fighter that deserves a big gaming community.

8. Nights: Jouney into Dreams –  Not many games have such a special feeling to them although they mey be thrilling, top notch or excellent. Nights into Dreams is one unique game that has a particular kid like joyful holiday imagination to it.

I love how the game changes according to the time of the year like date-specific costumes, title screens and easter eggs plus a hidden playable character.  There just is something magical about this game that makes my inner childhood smile with joy. Why not complete the magic by adding Journey into Dreams to Steam?
Nights into Dreams remastered in HD is available on Steam but Journey into Dreams still remains exclusively on the Nintendo Wii.

7. The Warriors – How cool would it be to see this game with an HD upgrade on Steam.

6. Castlevania: Symphony of the Night – Often called the best in the 2D Castlevania series, it is one that is worthy of an HD and possibly more content upgrade.  Can you imagine this in your Steam library?

5. Samurai Shodown 4 – This one may actually come to Steam as Last Blade was recently released  (Aug. 2016). I have to say the Last Blade port leaves much to be desired which is presented in fullscreen and the lack of an HD upgrade.
Could the Samurai Shodown games make their way to Steam anytime soon? Seems very likely but maybe not anytime soon. How about a possible HD upgrade this time around eh?
PS. Love my Sam Sho Anthology (PS2). Give us Sam Sho 1,2,3,4,5 all in HD please!

4. Shining Force 3 – With this one we are really dreaming. So what? It would be super great. Let me start with the fact that I have 2 modded Saturns (along with SSF Saturn emulator on the PC) with Shining Force 3 Scenario 1, 2 and 3. That is Scenario 1 US and JPN import 2 and 3.
Thanks to the folks at shiningforcecentral.com and their hard work for the Scenario 1, 2, 3 and Shining Force III Premium Disk translation project (sf3trans.shiningforcecentral.com). Yes, you can actually play shining force 3 scenario 2 and 3 in english (modded saturn or emulator required).
Can you imagine Shining Force 3 scenario 1, 2 and 3 HD in english on Steam?!
That is some serious dreaming but who knows, anything is possible.
I still would like to Thank the developers for the greatest turn based RPG of all time and thank the fans for the translation work. By the way, Shining Force 1 and 2 is available on Steam in the SEGA Mega Drive & Genesis Classics bundle or can be purchased separately.

3. Street Fighter Alpha 3 – Another most enjoyable 2D fighter that should have already been in our Steam library. C’mon Capcom!

2. Red Dead Redemption – Yeah, I know Read Dead 2 is in the works, but considering that this game is in many top game lists across the net and it is one of the most desired games for a PC release. Why have they not released this masterpiece for the PC?!!!
I guarantee you that this game would have been in the top best sold and best rated games in the Steam library. The fun and replay factor is fantastic for both single and multiplayer online so what are they waiting for? What are they doing? I would have waited for this game if it meant Grand Theft Auto 5 held off till Red Dead Redemption was released on the PC.
Imagine Red Dead Redemption in HD on Steam!

1. Metal Gear Solid – No argument and no disagreements, hands down winner and qualifier in such a list.  Since it’s inception on the Playstation, Metal Gear Solid left a captivating effect on gamers worldwide. What other game is worthy of a HD upgrade and would make an excellent addition to the Steam library.

Are the game company/corporation executives paying any attention to their fans?

It does not matter how slowly you go as long as you do not stop.